"How Does the Baby Come Out?" #StuffEmmettSays 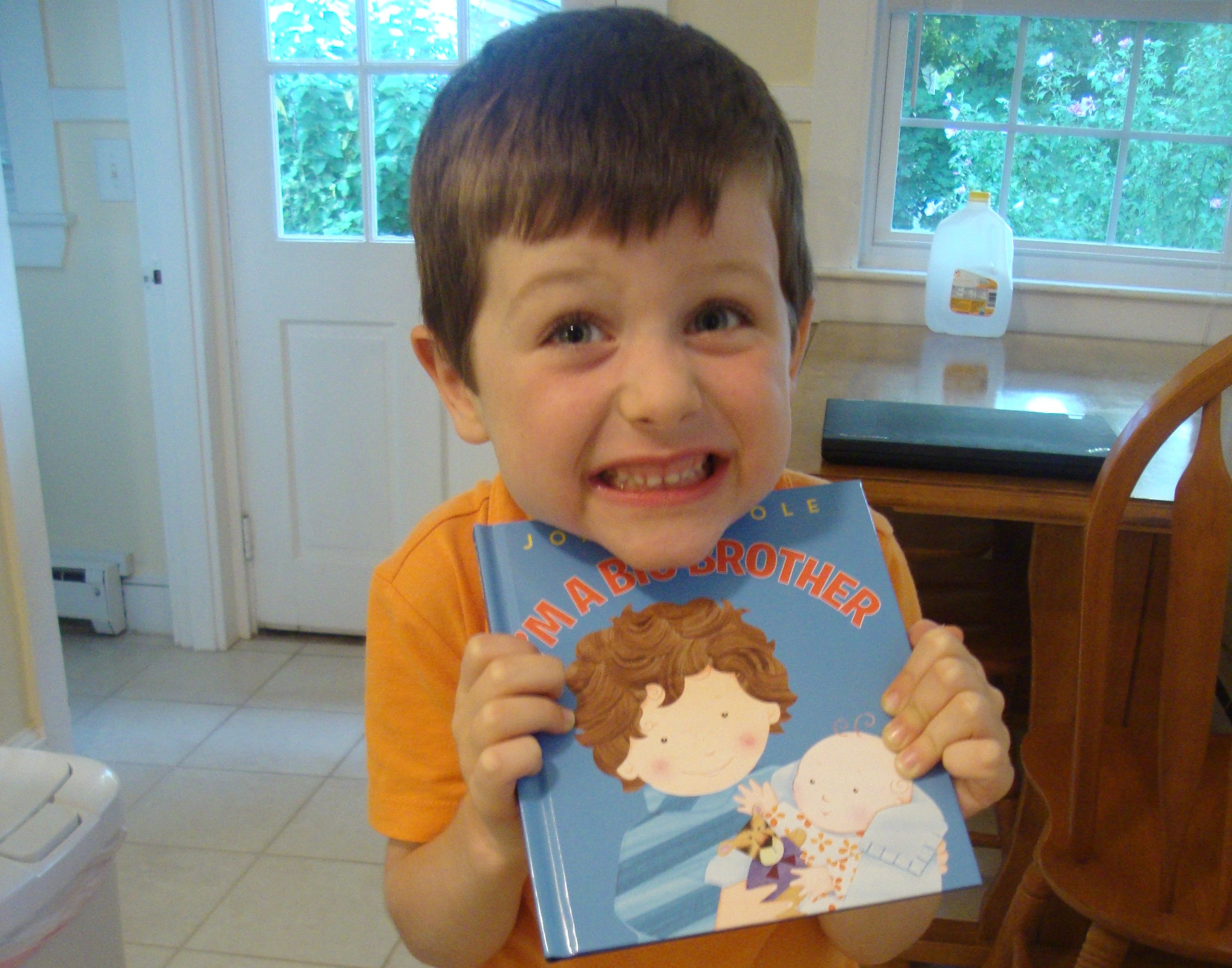 Curious how Emmett reacted to the news that he was going to be a big brother? Here's the story ...

We broke the news to him one night after dinner -- before we announced it to the public. In anticipation, I predicted Emmett would express one of two emotions -- complete apathy, or sheer excitement. Fortunately, it was the latter.

We explained that he was going to be a big brother, and that the baby was growing in a special place inside my belly. The baby would take nine months to grow, at which point we'd go to the hospital where he or she would be born -- he or she because despite the fact that Emmett quickly chimed in to express his hope that she would actually be a he, no one (aside from James' swimmers) really had any influence over the matter. We also presented him with a gift -- a book called I'm a Big Brother. 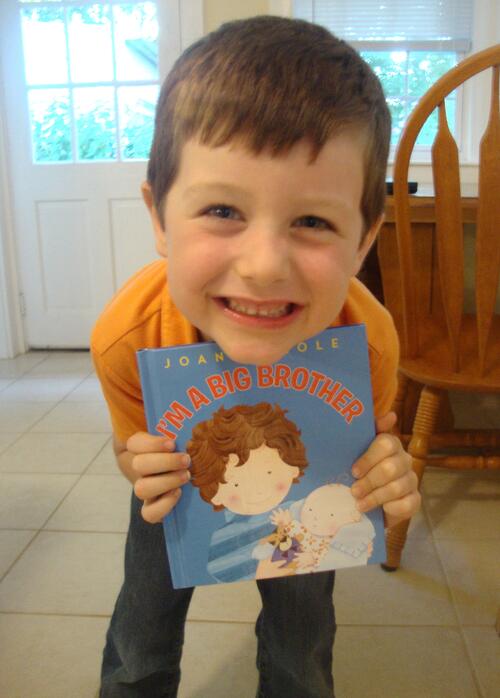 In fact, the very first thing he said was, "I'm so excited!!!" It melted my heart. And then he quickly followed that up with ...

Yup ... thanks for your honesty, Emmoo.

We also asked him if he had any questions. The first was an easy one ...

"Does the baby get scared in your belly?"

The second one, however, was a bit more challenging ...

"How is the baby going to come out?"

James quickly fled the scene after uttering, "Don't worry about it" -- but of course Emmett wouldn't take that for an answer.

Now all the advice out there says to be honest without over sharing. But when my "when it's ready to be born, mommy will go to the hospital and the doctor will deliver the baby" response didn't cut it and he started rattling off practically every bodily orifice he knew existed (forgive me, future teenaged Emmett), I had to give the little four-and-half year-old his first lesson in gender differences. The look of perplexity that followed was promptly addressed with an ice cream proposal on my part, and luckily, that was that.

It's amazing what a little ice cream can do.

Truthfully, the question could've been much worse. I'm pretty sure the "how does the baby get in there?" inquiry is a lot tougher to handle than the "how does it get out?" one.

But hey, there's still time. James -- since you dodged the first one, that one's all you.